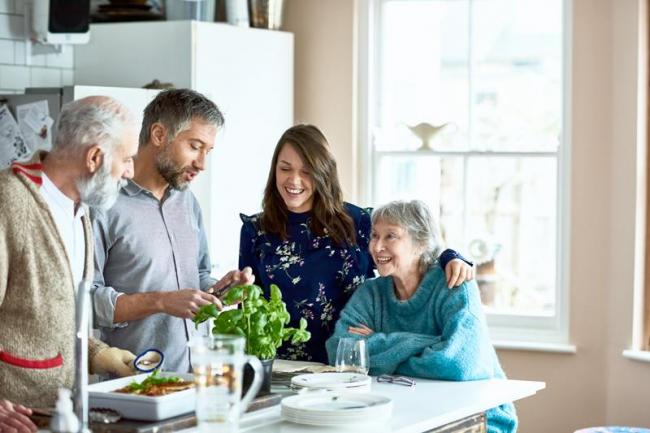 Shel Silverstein’s iconic 1964 picture book The Giving Tree: Terrific as an allegorical story, but terrible as retirement advice. (For those who aren’t familiar, the tree gives and gives to the boy until it’s just a stump.)

If you’ve been lending a financial hand to your adult kids — from covering to their car insurance or cell phone bills all the way to paying for their rent or down payment on a home — you have plenty of company. But financial planners caution that your generosity may be unwittingly jeopardizing your retirement.

‘Bank of Mom and Dad’ is a real thing

A new survey from Bankrate.com found that one-third of millennial homebuyers needed financial help from family or friends to be able to afford a down payment, while another study by financial services firm Legal & General found that parents give adult kids $39,000, on average, in home-buying assistance.

For most of us, this is, in a word, unsustainable. Financial advisors like to use the flight-safety analogy, “Put your own oxygen mask on first before helping others.” In other words, make sure your finances are squared away first before giving others money. But they also acknowledge what a growing body of evidence suggests: Whether parents give a one-time lump sum or smaller but steady infusions of cash to fund their adult children’s lifestyles, their assistance often puts their own retirements at risk.

Legal & General found that 15% of parents had to lower their standard of living and roughly the same number admitted that their largesse made them worry more about their own financial security, while 7% had to outright delay retirement.

“This is definitely a problem,” says Debra Taylor, founder of Taylor Financial Group in Franklin Lakes, N.J. “I’m seeing this more in my practice today than ever before.”

Taylor says a confluence of economic factors is prompting more parents to support their adult children. “You have Baby Boomers coming off a 10-year bull market with huge account balances. Even middle-class folks are coming to me with seven-figure I.R.A. balances,” she says. On the flip side, many millennials came of age in a recessionary job market and are saddled with student loan debt. “In many instances, you see their children have not done as well,” Taylor says. “And the parents are sitting on these huge balances,” which can make drawing on them a tempting option.

Zimmerman says the dependent-adult-child dynamic tends to unfold under certain circumstances: Financial hardship stemming from a catastrophe like a major health crisis or job loss, underemployment or low wages making it hard for young adults to make ends meet, or simply a case of them spending beyond their means.

“It comes from a positive place. They care about pleasing or providing for their kids,” Zimmerman says, but sometimes this instinct manifests in ways that have unintended consequences. Zimmerman says some of it has to do with today’s parenting norms and commonly held assumptions. “There’s a mistaken belief that we’re going to give our child a worry-free life and talking about money is a drag. They think they’re doing their kid a favor by letting them just play.”

The unfortunate result is that both kids and their parents — who often don’t even know how much their generosity is impacting their nest egg — have a false sense of security about their long-term financial stability.

“Quite often, they haven’t ever had the financial analysis done of, ‘How much income will our retirement assets actually produce for us?’ They don’t realize the degree to which they’re creating financial peril for themselves,” Zimmerman says.

Molly Ward, a financial advisor with AXA Advisors in Houston, warns that the financial consequences can be considerably larger than the gifts themselves. “If you take out $20,000 today, assuming a 6% rate of return — that’s a loss of roughly $115,000 in 30 years. That could be a couple of years in a long-term care facility,” she points out.

“I feel for these parents. Money and life are intertwined, and the last thing people want to talk about is money,” Ward says, but she and other financial advisors say that’s exactly what you have to do if don’t want to end up like the titular tree at the end of Silverstein’s fable.

Here are the steps experts recommend for dismantling the Bank of Mom and Dad.

Communicate honestly. Taylor suggests preparing yourself for a variety of possible reactions. “Sometimes they’re uncomfortable conversations,” she says. “You’ve got to take the emotion out of this process.”

But honesty is critical no matter what. “You can do candor with your children,” Zimmerman says. Your kids might see the trappings of your current lifestyle and not even realize your gifts are putting a strain on your finances, she points out, so you should be prepared for the possibility that your kid might blame themselves. “Say, ‘We’re in a situation where we’re going to have to make adjustments.’ Be calm, take responsibility and deliver it with a loving style,” she says.

Keep the focus on the numbers. “A financial plan provides guardrails for the parent and for the family,” Taylor says. Often, parental support starts as a one-off response to a kid’s financial rough patch, but it can quickly become a feedback loop that only reinforces an unhealthy measure of dependence. “If these things aren’t being addressed in a proactive or comprehensive fashion, we get into this reactive mode,” she says. “We’re not looking to cut out the children, but the objective is to not react to every whim or fancy that comes up.”

Get professional help. Financial advisors play a dual role. They can serve as a go-between and, if necessary, play “bad cop” if cutting off an allowance makes an adult child upset or angry. “The financial planner can be the one that says what amount is affordable and what amount is risky,” Zimmerman says. “I’ll sometimes tell parents, ‘You can blame us.’ ” If the inability to be self-sufficient is because the young adult doesn’t know enough about how to manage their money, a session or two with a financial planner can go a long way towards building financial literacy, she adds.

Curb your support strategically. Financial planners also can come in handy when it comes down to figuring out the mechanics of how, and over what period of time you’ll be winding down your support. “Very often, this is going to be a process that takes six months to a year whittling it down, and if they have any sort of advisor, the advisor can help them work through the numbers a bit,” Zimmerman says. In cases where the financial support has been significant, she says emotional and financial preparation are both important. “The other thing is just the psychological adjustment of knowing this source of income is dwindling.”

Ultimately, having your adult children be financially independent from you will deliver multigenerational benefits. “Gifting that’s not well thought out and not part of the plan doesn’t teach them how to be thoughtful, rein in their expenses and approach their own retirement,” Taylor says.

This article was written by Martha C. White from MONEY and was legally licensed by AdvisorStream through the NewsCred publisher network.