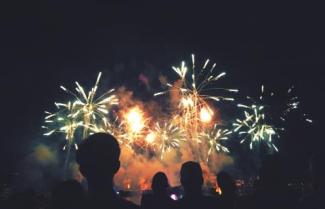 Plan For Financial Independence, Not Retirement

Here’s a holiday suggestion that only a personal finance blogger would make: While you’re celebrating Independence Day, take some time to nail down the day you want to become financially independent.

Declaring your Financial Independence Day is a better idea than trying to come up with “the number” you need to retire, especially if you’re in your 50s or 60s and don’t have much time to pump up your savings.

What exactly is financial independence or, as some call it, financial freedom? That depends on your own definition.

Capital One 360 survey showed that 44% of U.S. adults said financial freedom meant not having any debt, 26% said it meant having enough saved for emergencies and 10% defined it as being able to retire early.

I go with Jonathan Chevreau, the Toronto-based author of the new U.S. edition of Findependence Day , a “fictional finance” book, and creator of the Findependenceday.com site. His novel is about a young debt-ridden couple, Jamie and Sheena Morelli, and their road to reaching you know what.

Chevreau says that when you’re financially independent , you work because you want to, not because you have to. “Findependence is necessary for retirement,” he says. “You can be findependent and not retired, but you can’t be retired without being findependent.”

Chevreau targeted April 6, 2013 – his 60th birthday – as his Findependence Day and reached that goal, but he still edits Canada’s MoneySense magazine. “I have a job I like, so why would I quit?” he asks.

5 Rules to Declare Your Findependence

1. Pay off your home in full. “That’s really the foundation,” he says.

2. Find multiple sources of income for retirement. These can include interest and dividends from your investment portfolio; rental real estate; freelance or consulting work; Social Security; an annuity; and perhaps a guaranteed pension.

3. Develop “guerrilla frugality” habits. Chevreau calls this “becoming a Frooger.” Keeping expenses low while working full time will make it easy to live that way in retirement and reduce the amount of savings you’ll need for a comfortable retirement.

5. Invest with a “Lazy ETF” portfolio. That means selecting, say, three exchange-traded funds– a U.S. stock fund, an international stock fund, and a U.S. bond fund – and holding onto them.

Review their performance with your advisor once a year then rebalance your portfolio if the markets shift and you discover you have a higher percentage in one of these asset classes than you want.

At the risk of overgeneralizing, I think many women gravitate toward the concept of financial independence, while men often prefer focusing on “the number.”

Jewelle Bickford, a senior strategist for GenSpring Family Offices, said the first question her male clients ask in their monthly or quarterly meeting is “how has their portfolio done, whereas the women tend to think: ‘Will I have enough?’”

If you’re trying to figure out your Financial Independence Day, should you bother using an online retirement calculator? I think it depends on the tool.

Most retirement calculators are actually best for people in their 20s, 30s and early 40s who have years to save furiously once they see their “number.” The electronic number crunchers typically ask only a few questions, partly because younger people can’t possibly determine for sure their retirement income sources or expenses.

“When you’re further away from retirement, these calculators are directional in nature,” says Kent Allison, a PwC partner and leader of the firm’s financial education practice, based in Florham Park, N.J. “When you get closer to retirement, you really have to get into a nitty-gritty cash flow analysis.”

He’s right. If you’re three to 10 years away from retirement, that’s the time to figure out where the money will come from to cover what Pat O’Connell, executive vice president for the Ameriprise Advisor Group, calls the three types of expenses:

Use an Adviser to Plot Your Findependence

Whether or not you use a calculator to come up with your Financial Independence Day, I strongly suggest you work with a financial adviser to run the numbers.

“The decisions are major,” Allison says. “A wrong one could cost you a lot. So even if you don’t normally want to spend money on a financial planner, this is the one time to do it.”

This article was written by Richard Eisenberg from Forbes and was legally licensed by AdvisorStream through the NewsCred publisher network.