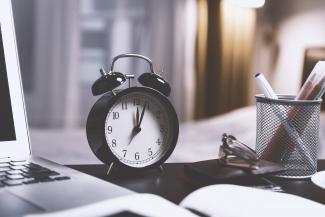 The year 2019 cannot be described in a few short sentences. It was full of action and surprises. What will 2020 bring? I’ve listed below some thoughts and predictions for the year. This is my opinion, but have conferred several times with Brad, Chief Investment Officer, of SFG.

1. US ECONOMY
We saw a pretty robust US economy last year. It would be hard to replicate the same strong characteristics again. We should see a decent 2020 US economy; not as strong as last year but the envy of most of other world governments. I believe there will be NO recession in 2020. The news media continually uses the “R” word, but there does not appear to be any  substance to this at this time. We likely won’t go from a strong economy to a recession in one year. History has demonstrated that. Ignore the media on this one, for sure.  Our economy should continue to be semi- strong with no immediate risk of inflation. No strong inflation. No recession. New tax laws are mainly positive for taxpayers and the economy. Overall, this is good news.

2. INTEREST RATES
After four interest rate hikes, the FOMC (federal open market committee) altered course and lowered rates three times in 2019. I suspect  Powell and his people will keep interest rates about where they are right now. I do not expect  any major swing in interest rates either up or down by the end of 2020. On this perspective, it should  be pretty boring.

3. MORTGAGE RATES
Bond yields, likewise, shouldn’t  see major moves in 2020 which means mortgage rates should remain close to current levels. If you are thinking of buying real estate or refinancing, talk to one of our highly qualified advisers. All else equal, it looks good to proceed.

4. CORPORATE FUNDAMENTALS
US corporations should  continue to do relatively well; especially compared to firms overseas. Many US companies are flush with cash. Those with a lot of debt are operating in a low interest rate environment which is positive. Revenue and earnings of US companies should continue upward.

5. JOBS
The job market should remain relatively solid. Unemployment will likely hover around current levels and not change significantly. There may be a minor up tic by year’s end.

6. STOCK MARKET
By  the end of 2020, we’ll likely see mid-single digit returns. There could be situations where we might see negative returns or much higher than single digit. Issues and circumstances that would play a role in this would likely be associated to tariffs and international tensions. Iran, North Korea, China, and Russia are on my radar screen.

7. ANGST
I deliberately held this one for last as it is the toughest to predict. During 2020, we will have political debates, primary elections, national conventions, and an election. All of this will be played up by the media nearly 24/7 for ratings, which can cause  people’s emotions and stress to run high. It is human nature to get caught up in this frenzy, especially at this time and with this election. In my tenure, I have witnessed countless times where investors make major finance and investment decisions based primarily on their political thoughts. This has been a major mistake for many and could  repeat itself. We at SFG are not ignoring politics. However, it would be a significant error to allow personal political opinions and emotions to rule long term investment and financial planning strategies. History has demonstrated that fundamentals and the economy have had more impact on the stock market than politics.

So, there are my thoughts for 2020. Those who have read my predictions over several decades know that I am not one to make outlandish comments (unlike many of so-called “experts” interviewed in the media primarily because they are off the wall and boost ratings). I like to think my thoughts are grounded in basic, no-nonsense fundamentals.
If you have any feedback, send to ramecca@sfgweb.com.
Wishing you a healthy and blessed 2020.

Unless otherwise expressly indicated, the opinions or views expressed in this article are the author's own and do not reflect, and may differ from, the opinions or views of StrategIQ Financial Group, LLC or others within StrategIQ Financial Group, LLC, including its officers, managers, owners, employees or other service providers.