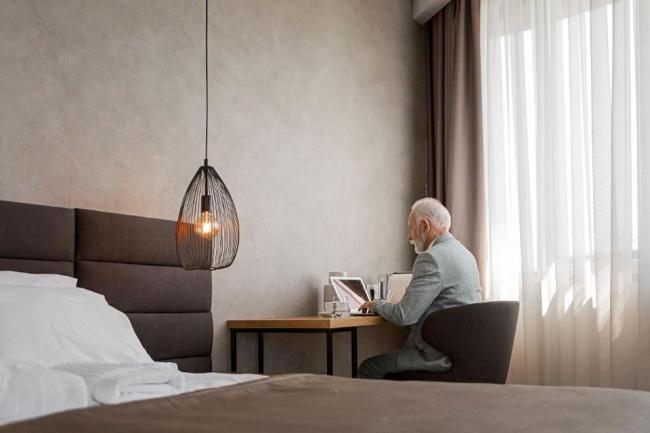 Wouldn’t it be great if you could go back in time and change a decision you now know you should never have made?

Better yet, what if, while you’re still young, you can get a sneak peek at your future and use that knowledge to make a life-changing choice?

Today’s 20-year-olds can look deep into their future.

Here’s how: listen to the regrets of the Baby Boomers, many of whom are already retired or on the cusp of retirement. This older generation now has a clarity of vision they often lacked in their go-go years. They are in a uniquely selfless position to help the younger generation by sharing their experience.

Armed with this knowledge of their possible future, Millennials can benefit from the mistakes retirees made in their twenties.

What do today’s retirees regret most about the decisions they made in their 20s (at least as it applies to making them ready for retirement)?

#1: Thinking You Know Everything

“The biggest regret I hear is not getting some basic financial education earlier,” says Mark Wilson, President at MILE Wealth Management in Irvine, California.

The good news for today’s twenty-somethings: there are plenty more opportunities and resources to quickly get up to speed on basic financial education.

“The top financial regret Americans have is that they didn’t start saving for retirement early enough, and this is a regret that grows with age,” says Greg McBride, Chief Financial Analyst at Bankrate.com in Palm Beach Gardens, Florida.

This is the one you always hear about, so there’s no need to belabor the point. Suffice it to say, it’s an unfortunately undeniable truth just as much today as it was forty years ago.

This is closely related to the previous mistake. Actually, delaying savings only compounds this mistake (pun intended).

Many companies will match contributions to your 401(k) plan. Delaying saving results in a major missed opportunity to collect free money. Who says “no” to free money? Apparently, too many people do.

“Retirees now rue not participating in their company retirement plan right when it was offered to them,” says Denise Nostrom, Owner/Financial Advisor, Diversified Financial Solutions in Medford, New York. “This becomes a regret because many older adults find that they have not saved enough to retire when they want to finally retire.”

Even if you avoid the earlier mistakes, this is the one that can do you in. When you fail to save enough, for example, you can miss out on the full company match.

Saving enough to qualify for the entire company match, however, is no guarantee you’ll have saved enough for retirement. The lure of the immediate can distract you from the needs of your future.

When assessing the mistakes of today’s retirees, Michael Zovistoski, Managing Director at UHY Advisors in New York City, says, “Focusing on short term goals, needs and wants resulted in less savings for long-term retirement, or needing to save even more now to reap the same results.”

#5 Using Retirement Money Before You Retire

It gets worse. You can be on track to save the proper amount to live a comfortable retirement. But then you can jeopardize your future because you need the money well before you retire.

Sometimes you can’t do anything about it. Sometimes you can. Either way, taking a loan is better than simply withdrawing your money. And it is possible to use your retirement savings as a loan and still come out ahead. It’s risky, so it’s best not to tempt fate.

You want to save “early and often” because of the tremendous power of compound interest. Over a 40- to 50-year period, stocks have produced an average annual return of 10-11%. Those returns will double your assets every seven years.

That gives you an opportunity to double your earliest savings roughly seven times before you retire.

Here’s the mistake: “Everyone starting out is afraid of losing money and consequently, are risk averse,” says Zovistoski. “Money market and fixed income appear attractive. However, the perfect time to take on some risk with equities is when there is time to recover.”

This is a mistake too many retirement savers made in 2008/2009. The market went down and they reacted with panic, not discipline. They sold their stock holdings and subsequently missed out on one of the biggest bull market runs.

But it’s not just about being too emotional. It may also entail being too confident (which is related to the first mistake). This has led people into believing they can time the market. This is a short-term trading strategy that can deflect savers from the long-term objective of saving for retirement. And it can have dire consequences.

“The old Wall Street adage ‘Time in the market is more important than timing the markets’ is a universal truth,” says Robert R. Johnson, Professor of Finance at the Heider College of Business at Creighton University in Omaha. “None other than Vanguard founder Jack Bogle is quoted as saying on market timing – ‘After nearly 50 years in this business, I do not know of anybody who has done it successfully and consistently. I don’t even know of anybody who knows anybody who has done it successfully and consistently.’”

This classic mistake occurs in nearly every facet of life, and retirement is no different. A plan helps instill the discipline necessary to avoid all the mistakes mentioned in this article.

Unfortunately, just as money is a scarce resource during the early part of your career (which makes saving a challenge), so, too, is time.

The lack of time may be the greatest impediment to planning. Both the time to learn how to plan and the time to actually plan.

And planning can make a critical difference in your retirement.

“Fewer than half (49%) of Boomer plan participants said they had set specific savings goals for their retirement plan,” says Michael Foy, Senior Director, Wealth Management at J.D. Power in New York City. “Those who had set specific goals indicated savings of 25% more than those who did not, despite very similar average incomes.”

#9: Believing Everything Will Go According to Plan

This is a mistake that can foil the retirement of those who follow an otherwise perfect game plan.

“Even those who start early, set a goal and save in a disciplined way often don’t plan for the unknowns of retirement,” says Foy. “Medical costs are a big variable, and just 13% of Boomers are very confident they will have enough saved to meet those expenses.”

You can’t predict the future. You can only develop an array of possible scenarios. As a result, you need to develop several contingency plans.

It’s sad, but Dr. Guy Baker, Founder of Wealth Teams Alliance in Irvine, California, says one of the most regrettable decisions made by current retirees was to “give up when they didn’t think they were making progress.”

Giving up represents one of the greatest risks to any do-it-yourselfer. If you subscribe to the DIY philosophy, this is the mistake you must protect yourself against.

A clue to help you in this is to take a page from any one of the many “12-step process” groups. There is safety in numbers. Making a commitment to a goal in front of a group triggers a number of psychological wheels in your head. All those whirling wheels provide an incentive for you to achieve that goal.

And retirement is a goal you get only one real shot at.

It’s the one you most want to achieve.

So, make a commitment that you will respect the knowledge of your future and avoid these ten mistakes.

This article was written by Chris Carosa from Forbes and was legally licensed by AdvisorStream through the NewsCred publisher network.