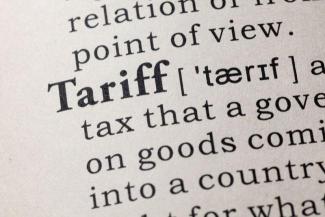 The Basics of Tariffs And Trade Barriers

International trade increases the number of goods that domestic consumers can choose from, decreases the cost of those goods through increased competition, and allows domestic industries to ship their products abroad. While all of these effects seem beneficial, free trade isn't widely accepted as completely beneficial to all parties.

In fact, President Trump's 2016 presidential campaign was vehemently anti-trade. In June 2018, the Trump administration introduced billions of dollars in new tariffs on Chinese imports and threatened tariffs on other countries. China retaliated by announcing tariffs on U.S. imported goods, including steel and pork. In the same month, Trump introduced tariffs on steel and aluminum imports from the European Union, Mexico and Canada as well. In August, China announced a 25% tariff on $16 billion worth of U.S. goods including vehicles and crude oil in retaliation to the U.S. tariffs on $16 billion worth of Chinese goods. "This is tit-for-tat exactly," Art Hogan, chief market strategist at B. Riley FBR told CNBC. "Our $16 billion comes at a scheduled time, which comes up on the 23rd. China said we see your $16 billion and we'll match your $16 billion."

This article will examine how some countries react to a variety of factors that attempt to influence trade.

Who Collects a Tariff?

In simplest terms, a tariff is a tax. It adds to the cost borne by consumers of imported goods and is one of several trade policies that a country can enact. Tariffs are paid to the customs authority of the country imposing the tariff. Tariffs on imports coming into the United States, for example, are collected by Customs and Border Protection, acting on behalf of the Commerce Department. In the U.K., it's HM Revenue & Customs (HMRC) that collects the money.

It is important to recognize that the taxes owed on imports are paid by domestic consumers, and not imposed directly on the foreign country's exports. The effect is nonetheless to make foreign products relatively more expensive for consumers - but if manufacturers rely on imported components or other inputs in their production process, they will also pass the increased cost on to consumers. Often, goods from abroad are cheaper because they offer cheaper capital or labor costs, if those goods become more expensive, then consumers will choose the relatively costlier domestic product. Overall, consumers tend to lose out with tariffs, where the taxes are collected domestically.

Why Are Tariffs and Trade Barriers Used?

Tariffs are often created to protect infant industries and developing economies but are also used by more advanced economies with developed industries. Here are five of the top reasons tariffs are used:

The levying of tariffs is often highly politicized. The possibility of increased competition from imported goods can threaten domestic industries. These domestic companies may fire workers or shift production abroad to cut costs, which means higher unemployment and a less happy electorate. The unemployment argument often shifts to domestic industries complaining about cheap foreign labor, and how poor working conditions and lack of regulation allow foreign companies to produce goods more cheaply. In economics, however, countries will continue to produce goods until they no longer have a comparative advantage (not to be confused with an absolute advantage).

A government may levy a tariff on products that it feels could endanger its population. For example, South Korea may place a tariff on imported beef from the United States if it thinks that the goods could be tainted with a disease.

The use of tariffs to protect infant industries can be seen by the Import Substitution Industrialization (ISI) strategy employed by many developing nations. The government of a developing economy will levy tariffs on imported goods in industries in which it wants to foster growth. This increases the prices of imported goods and creates a domestic market for domestically produced goods while protecting those industries from being forced out by more competitive pricing. It decreases unemployment and allows developing countries to shift from agricultural products to finished goods.

Criticisms of this sort of protectionist strategy revolve around the cost of subsidizing the development of infant industries. If an industry develops without competition, it could wind up producing lower quality goods, and the subsidies required to keep the state-backed industry afloat could sap economic growth.

Barriers are also employed by developed countries to protect certain industries that are deemed strategically important, such as those supporting national security. Defense industries are often viewed as vital to state interests, and often enjoy significant levels of protection. For example, while both Western Europe and the United States are industrialized, both are very protective of defense-oriented companies.

Countries may also set tariffs as a retaliation technique if they think that a trading partner has not played by the rules. For example, if France believes that the United States has allowed its wine producers to call its domestically produced sparkling wines "Champagne" (a name specific to the Champagne region of France) for too long, it may levy a tariff on imported meat from the United States. If the U.S. agrees to crack down on the improper labeling, France is likely to stop its retaliation. Retaliation can also be employed if a trading partner goes against the government's foreign policy objectives.

There are several types of tariffs and barriers that a government can employ:

A fixed fee levied on one unit of an imported good is referred to as a specific tariff. This tariff can vary according to the type of good imported. For example, a country could levy a $15 tariff on each pair of shoes imported, but levy a $300 tariff on each computer imported.

The phrase ad valorem is Latin for "according to value," and this type of tariff is levied on a good based on a percentage of that good's value. An example of an ad valorem tariff would be a 15% tariff levied by Japan on U.S. automobiles. The 15% is a price increase on the value of the automobile, so a $10,000 vehicle now costs $11,500 to Japanese consumers. This price increase protects domestic producers from being undercut but also keeps prices artificially high for Japanese car shoppers.

A license is granted to a business by the government and allows the business to import a certain type of good into the country. For example, there could be a restriction on imported cheese, and licenses would be granted to certain companies allowing them to act as importers. This creates a restriction on competition and increases prices faced by consumers.

An import quota is a restriction placed on the amount of a particular good that can be imported. This sort of barrier is often associated with the issuance of licenses. For example, a country may place a quota on the volume of imported citrus fruit that is allowed.

This type of trade barrier is "voluntary" in that it is created by the exporting country rather than the importing one. A voluntary export restraint is usually levied at the behest of the importing country and could be accompanied by a reciprocal VER. For example, Brazil could place a VER on the exportation of sugar to Canada, based on a request by Canada. Canada could then place a VER on the exportation of coal to Brazil. This increases the price of both coal and sugar but protects the domestic industries.

In the final section, we'll examine who benefits from tariffs and how they affect the price of goods.

The benefits of tariffs are uneven. Because a tariff is a tax, the government will see increased revenue as imports enter the domestic market. Domestic industries also benefit from a reduction in competition, since import prices are artificially inflated. Unfortunately for consumers - both individual consumers and businesses - higher import prices mean higher prices for goods. If the price of steel is inflated due to tariffs, individual consumers pay more for products using steel, and businesses pay more for steel that they use to make goods. In short, tariffs and trade barriers tend to be pro-producer and anti-consumer.

The effect of tariffs and trade barriers on businesses, consumers and the government shifts over time. In the short run, higher prices for goods can reduce consumption by individual consumers and by businesses. During this period, some businesses will profit, and the government will see an increase in revenue from duties. In the long term, these businesses may see a decline in efficiency due to a lack of competition, and may also see a reduction in profits due to the emergence of substitutes for their products. For the government, the long-term effect of subsidies is an increase in the demand for public services, since increased prices, especially in foodstuffs, leave less disposable income.

How Do Tariffs Affect Prices?

Tariffs increase the prices of imported goods. Because of this, domestic producers are not forced to reduce their prices from increased competition, and domestic consumers are left paying higher prices as a result. Tariffs also reduce efficiencies by allowing companies that would not exist in a more competitive market to remain open.

Figure 1 illustrates the effects of world trade without the presence of a tariff. In the graph, DS means domestic supply and DD means domestic demand. The price of goods at home is found at price P, while the world price is found at P*. At a lower price, domestic consumers will consume Qw worth of goods, but because the home country can only produce up to Qd, it must import Qw-Qd worth of goods. 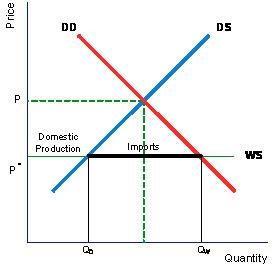 Figure 1. Price without the influence of a tariff

When a tariff or other price-increasing policy is put in place, the effect is to increase prices and limit the volume of imports. In Figure 2, price increases from the non-tariff P* to P'. Because the price has increased, more domestic companies are willing to produce the good, so Qd moves right. This also shifts Qw left. The overall effect is a reduction in imports, increased domestic production, and higher consumer prices.

Figure 2. Price under the effects of a tariff

The role tariffs play in international trade has declined in modern times. One of the primary reasons for the decline is the introduction of international organizations designed to improve free trade, such as the World Trade Organization (WTO). Such organizations make it more difficult for a country to levy tariffs and taxes on imported goods, and can reduce the likelihood of retaliatory taxes. Because of this, countries have shifted to non-tariff barriers, such as quotas and export restraints. Organizations like the WTO attempt to reduce production and consumption distortions created by tariffs. These distortions are the result of domestic producers making goods due to inflated prices, and consumers purchasing fewer goods because prices have increased. (To learn about the WTO's efforts, read What Is The World Trade Organization?)

Since the 1930s, many developed countries have reduced tariffs and trade barriers, which has improved global integration and brought about globalization. Multilateral agreements between governments increase the likelihood of tariff reduction, while enforcement of binding agreements reduces uncertainty.

Free trade benefits consumers through increased choice and reduced prices, but because the global economy brings with it uncertainty, many governments impose tariffs and other trade barriers to protect the industry. There is a delicate balance between the pursuit of efficiencies and the government's need to ensure low unemployment.

This article provided by Investopedia and was legally licensed by AdvisorStream.