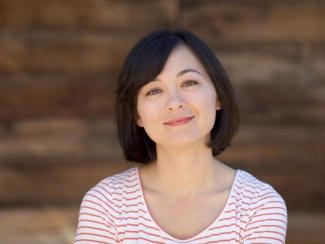 Big spender vs extreme saver. How do we meet in the middle?

I'm a big spender, but my partner is an extreme saver. How do we meet in the middle?

I've always been a big spender — someone who enjoys a champagne lifestyle on a beer budget. At one point, I racked up thousands of dollars in debt, and it took me years to pay it off. But old habits die hard. I don't earn much money, but I like to treat myself and others whenever I can.

On one hand, I know I could be better with money. But on the other, I never want to be as frugal as my partner, who's an extreme saver. His attitude about money annoys me, and I don't know if my annoyance is warranted. For example, he takes the night bus home or finds a cheaper but even longer route just to save a few bucks. He's always looking for the cheapest option, whether it's with groceries or clothes. He's not a student — he owns two homes and earns a good salary. He says he's being frugal, but I think he's being cheap. As we share a life together, is it possible for us to meet somewhere in the middle?

Someone once told me that frugality turns into cheapness when it unnecessarily robs you of your time. I don't want to judge anyone's money-saving habits, but it sounds like your partner might be crossing that line. On the other hand, if you have the opposite problem, you might have an especially low tolerance for thrift. Either way, it's time for a conversation about your respective money priorities.

To start, try this exercise: Separately, you and your partner each make a list of everything you enjoy spending money on that isn't an absolute need, from restaurants to travel to expensive groceries, and then rank the items on the list in order of importance. The idea here is to focus your frugality on things you like to free up more cash to spend on things you love — or just to save it, if that's what you love. (We'll get to that in a bit.)

Chances are, you and your partner will both have similar items on the bottom of your lists. These are probably a few things you can both agree to cut back on, whether it's clothing or expensive candles or takeout. Your priorities at the top of the list may differ, but that's okay — we'll get to compromises later. For now, the goal is simply to pinpoint the spending that makes you happiest. Ideally, you'll get more comfortable with cutting, and he'll get more comfortable with spending.

Once that's done, it's time to talk savings. When you set savings goals, it's easier to look at money objectively, as a tool — a means to an end — and frugality takes on a more specific purpose. Super-frugal people often have trouble spending on anything that isn't a necessity, and it sounds like your partner falls into this category. Having a savings goal can help ease him out of his hypervigilant money mindset a bit: When you have a number on how much you need to save every month, and you're on track to hit that number, you tend to feel less guilty about spending a few more bucks on lunch takeout or a Lyft home. It's easier to avoid overspending when you have a goal, too — you're less keen to buy last-minute concert tickets, for example, when you know $200 would go a long way toward funding the new car you want.

So talk this through with your partner. What kind of stuff do you both want to save up for within the next year? Five years? What about retirement? When you share this information, your partner's habits might make more sense. Maybe he's saving for something really expensive, like a home down payment. Or maybe financial security is extremely important to him and he wants to make sure he has more than he needs at retirement. List these goals and break down the amount you need each month to fund them all.

Finally, set some boundaries. What are some frugal habits that your partner takes too far, in your opinion? It might be taking a longer route at night, spending Saturdays shopping at three different grocery stores to save a few dollars, or driving out of your way for slightly cheaper gas. Let him weigh in on your habits that drive him nuts, too — going to an expensive brunch every weekend, perhaps. From there, initiate some compromises. What are you willing to give up to have things your way? Maybe he takes the costlier but faster route home every night. To make up for the extra $20 a week he's spending, maybe you agree to brunch every other weekend instead. It's a simple matter of give and take, especially when you put a number on these habits.

And you can take solace in the fact that most couples deal with this same dynamic. Sometimes, the dynamic even switches — down the road, your partner might become the spender, and you could very well become the saver. As long as you're both willing to bend a bit to respect each other's priorities, you'll be on the right track.

This Business Insider article was legally licensed by AdvisorStream