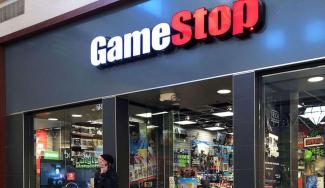 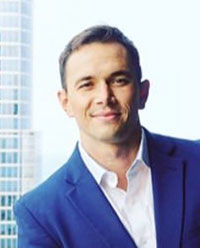 The financial world has been watching in awe over the last couple of days as a group of retail investors have collaborated to drive the price of GameStop stock ($GME) up a staggering 1,915% so far year-to-date. The group of at-home traders found each other on a social media platform known as Reddit, where they communicate within a chat room titled "WallStreetBets." Current membership to the group consists of nearly 5 million users, and that number is growing rapidly from day-to-day. Originally, WallStreetBets was created as a place for passionate retail investors to meet up and discuss their speculative and practical investment ideas with one another. However, recently, the discussion board has evolved into more of a stick-it-to-the-man movement, where discussions aren't just small talk; rather, they're animated battle cries rooted around a common goal of pushing back against the Wall Street elite.

Now, before I go any further, I want to clarify that, as an advisor, it is not my place to determine who is right or wrong in this situation. I will leave that for the regulators to decide. My goal in writing this piece is to explain the reasoning behind what is going on for those who might be confused by it, as well as to break down some of the complicated topics related to this situation for those who might not understand them.

So, how did GameStop, the poor performing video game retailer, wind up in the middle of this power struggle? Well, it's a little complicated, so let's back-track a bit to go over the basics of what's really going on here.

To catch you up to speed, GameStop is a video game retailer that has been facing many challenges to the core of its business practices for several years now. Similar to the way in which Netflix lead to the decline of Blockbuster Video, GameStop's revenues have decreased significantly year-over-year since 2013 as consumers have transitioned into buying video games online via download instead of buying them physically at a store. To make matters worse, GameStop, like most brick and mortar stores amid the pandemic, has struggled to improve its top and bottom lines as Covid-19 has drastically limited the number of customers that shop at their stores. Due to their poor performance and the negative sentiment around their ability to increase their future earnings, GameStop shares were widely shorted by professional hedge fund managers. By short-selling the company's stock, these hedge funds were essentially betting that the company's stock price would decline. Overall, the concept of short selling is fairly simple to understand. However, the mechanics of it are a bit more complex, so allow me to break it down for you.

When an investor decides to take a short position, they do so because they believe that the shares are overvalued. In order to bet against the shares or "short" them, they must first get their hands on some of them. However, that doesn't mean that they buy them. Instead, they do the exact opposite and sell them. So, how do they sell them without ever buying them? Well, just like the bank lets you borrow money to buy a house, investors who want to sell shares that they don't own, do so by borrowing them from a broker, with interest, of course.  This is done through a contractual agreement that states that the borrower will buy back the shares from the broker at a later date. Once the shares are lent, the borrower immediately begins selling them on the open market. The borrower's goal is to sell the shares at their current high price and buy them back later when they have declined to a lower price. Think of it as the inverse of buying low and selling high. Short sellers are just attempting to sell high and buy low. When the short seller does buy back the shares at that later date, they effectively close out their position in an action referred to as "covering." If the short seller is successful and able to buy back the shares at a lower price, then the short-seller simply pockets the difference. But, if the price of the shares is higher at the time that the short seller buys them back than at the time the short seller borrowed them, then the short seller has to pay the broker the difference. The fact that the borrower is obligated to pay the broker in the event of the shares rising makes short-selling a very risky practice because the short seller has unlimited downside potential and only a limited earning potential. This is because a stock can, in theory, rise infinitely but only fall to $0.

That is why it is extremely important to understand the risk involved with these types of trades because there is no ceiling to how much a short seller can lose.

So, after realizing that GameStop was one of the most heavily shorted stocks on the market, amateur retail investors teamed up on the online discussion board I mentioned earlier, WallStreetsBets, and inspired each other to begin buying the company's shares aggressively. Why, you might ask? If it doesn't really make sense to you, don't worry, you are not alone. Were they initially buying the stock because they truly believed that the company could turn things around? Couldn't one argue that this online group of investors that are bullish on GameStop, are also the same group who employed the online trends that lead to the company's demise?

Well, while I can't speak on behalf of all the 5 million different users on WallStreetBets, I can tell you that one of the main catalysts for the group's bullish sentiment occurred back in August, when Ryan Cohen, the former CEO of Chewy, bought 9 million shares of GameStop stock and became its third-largest shareholder. Many Redditors felt that this news justified an investment in the company, believing that Cohen could play a big role in turning the company around. As more and more Redditors began buying shares of GameStop in response to the presence of Cohen, the price began to increase. As the stock price kept steadily increasing, short-sellers were forced to buy more GameStop stock in order to cover their losses from borrowing. This is what is known as a "Short-Squeeze" and occurs when investors who are betting that a stock price will decrease, close out their positions to avoid further losses because that stock price is not decreasing, but rather rising rapidly. By buying the stock back in order to close out their short position, the short sellers were actually adding a little fuel to the GameStop fire because buying the stock inevitably increases its price.

As you can imagine, many of these Wall Street fund managers weren't too happy about having to cover at a loss, and once they were given a chance to use their platform to publicly oppose the retail investors who were backing GameStop, the whole situation escalated very quickly. In response, Reddit users began aggressively buying into the stock out of spite for Wall Street and the elite fund managers who were shorting it. Overnight, GameStop stock went from a speculative investment a small group of people were considering, to being at the center of a tug of war match between wall street and main street.  Reading through the WallStreetBets message boards, its apparent though that this really isn't about money for the majority of the Reddit group. It's really not even about GameStop. GameStop just happened to be in the middle of the intersection when these two sides both thought they had the right of way. In their own words, it's really all just about "sending a message". To whom, exactly? Well, all of Wall Street, according to them. These guys have made it clear that they are tired of being undermined and looked down upon by the big financial institutions that influence the markets. If you think about the demographic that makes up this group, the majority of these individuals are young adults who grew up during the 2008 financial crisis. They watched their parents lose their jobs, they watched their neighbors lose their homes, and unfortunately, they also watched the people responsible for it all get bailed out. Time may have passed since then, but they have certainly not forgotten about it. At the end of the day, this is just an impassioned online group that wants Wall Street to finally be held accountable for their actions, and if buying GameStop is what'll take to do that, then that's what they will do. But don't just take it from me, I think this post below, screenshotted from the WallStreetBets messaging board, says it all.

Like I mentioned earlier, my goal in writing this is only to help individuals with money in the markets understand what is going on with this developing story. Any time there are aggressive moves in a single stock due to high volume trading days, things can start to feel a little chaotic. However, we know over the long term, what’s most important is to rely on traditional disciplines around asset allocation and diversification, and most importantly, to stick to your long-term goals. As we always do, we are continuing to watch the situation very closely, with our client’s best interests in mind.