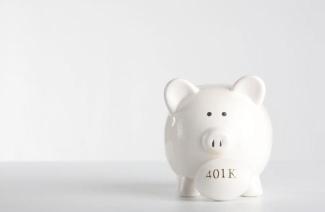 Years of continued growth in the stock market has nudged the number of 401(k) millionaires up to an all new record high, Fidelity Investments reported on Wednesday.

Around the start of 2017, there were only about 93,000 401(k) millionaires, according to Fidelity — meaning that the ranks of people with at least $1 million in their 401(k) accounts have more than doubled since then.

How much money should you have saved in your 401(k) account?

The answer to that depends on how old you are, how much money you make at work, and what kind of lifestyle you expect in retirement.

Retirement experts say workers should be saving 12% to 15% of their pay in 401(k)s every year, and the value of your account should obviously rise swiftly as your near retirement age.

If you don’t have anywhere near $1 million in your 401(k), you don’t necessarily need to feel bad — especially not if you’re fairly young and haven’t hit peak earning years yet in your career. But take note that it’s always best to start saving when you’re as young as possible, to maximize the likelihood you can enjoy a happy and (mostly) worry-free retirement.

Here’s some advice from economists on 401(k)s and how to get started saving for retirement, as well as some tools for how to estimate how much money you’ll need in retirement.

This article was written by Brad Tuttle from MONEY and was legally licensed by AdvisorStream through the NewsCred publisher network.